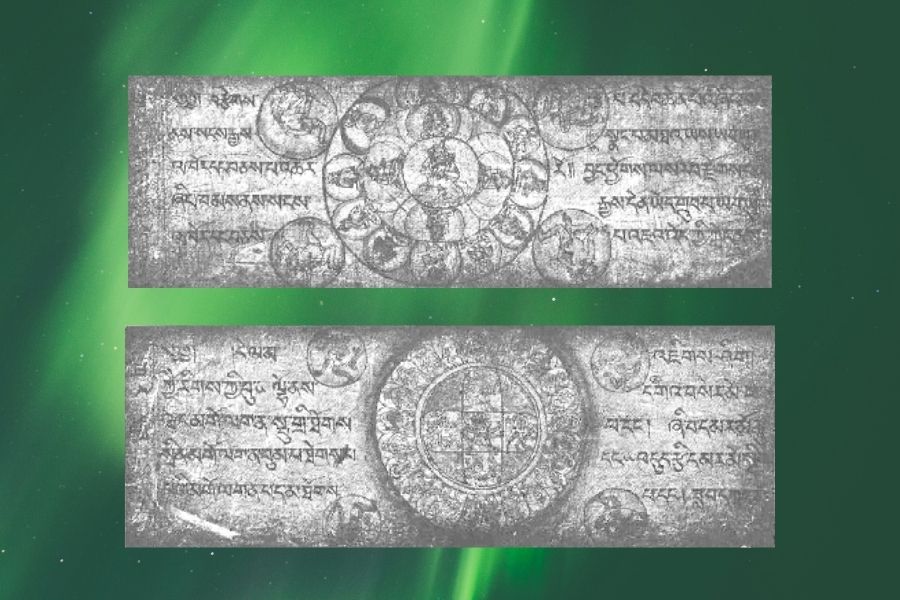 A few months ago now I went on a retreat with the Theme of the Tibetan text; the Bardo Thodol, commonly known as the ‘Tibetan Book of the Dead’. The text is a Terma, which means it was written by Padmasambhava in the 8th century and then dug-up or found several hundred years later. It was a great retreat and explored the text thoroughly. One of the highlights of the retreat was to simply have the text read to us, as it was originally intended. The text is constructed to be read to a recently deceased person.

As you can imagine, studying this text brings to focus the inevitability of one’s own death and the ending of this particular life. Over the past few months, I have been trying to keep the realisation of my limited life span in the forefront of my thoughts. It is interesting to note that although it is an engaging and important topic there always seem to be other, more mundane thoughts that try to divert me from my reflections on death.

A question emerged for me from my reflections:

What sort of world would I like to be in existence for any new life that may arise as a result of my karma in this life?

But back to the text, to summarise the Bardo Thodol, it is about decisions. Decisions that have to be made at death. Decisions that are made based on the karmic forming actions and activities that I am currently conducting (whilst I am alive) plus those that I have already completed in the past.

So in the Bardo state between death and rebirth, when the body has fallen away and only consciousness remains, one is presented with a series of opportunities to gain Enlightenment. But if you fail to make the decision and take the path/gateway that leads to Enlightenment you move on to the next set of decision points concerning where and how you will be reborn. Again, the previous Karma will guide the decisions that are made and how the experience is interpreted.  The paths that are possible can be seen as frightening or attractive, and so, to an extent, the decisions have already been made, but there is always a little wiggle room to change and move towards the  ‘light’ of Enlightenment.

It is very easy whilst reading the text to slip into the idea that it is you, my present self, that will be reborn thus making me almost immortal. But that is not the Buddhist perspective. You have just created the conditions, the Karma Vipaka for a new life to appear. So although that new life is not me, I still feel a strong compassion for it and so would like it to be born in a pleasant world. Taking this view enables one to think about the future in a positive way and realise how I can positively contribute to that future world.

So I ask myself, have I done enough to ensure that people in the future can come into contact with the Dharma? Will they be born into a world that is at peace? A world that is not facing imminent collapse due to climate changes.

So if I bring Ipswich, this small town in the UK into the picture. Do we think that we have done enough to see the steady increase in the Ipswich Sangha continue, and if not what do we do next to help the Sangha to grow and prosper?

Will those that come after me be able to find the Dharma in Ipswich? Will the Buddhist Centre be such a strong presence in the town that those that are seeking a deeper path and life will find it? How can I leave a lasting legacy that will help transform people’s lives for the better?

One simple way that I have done is to leave some money in my will to the Ipswich Buddhist Centre. Money that can help to keep Buddhism alive in Ipswich into the future. Even if you do not have much money, still do make a will. It will be of great benefit to those that have to sort out your affairs after your death. My father died, many years ago now, and didn’t leave much money. But I do remember a lovely and very bonding discussion with my Dad about his will. Ensuring his wishes were met and that the people and institutions that he cared about would benefit from his lifetime’s hard work.

I recently watched on YouTube a conversation between Bodhikámala and Subhuti filmed at the Toluca Buddhist Centre in Mexico. https://www.youtube.com/watch?v=Nb7l3TlT_1w Toluca is a relatively new Centre with much hope and enthusiasm for the future. It reminded me of Ipswich from many years ago when Buddhist activities were just beginning in the Town. Do watch it, I found it very inspiring.

In Ipswich, at the Buddhist Centre we are now coming to another growth point. The Centre is very busy and full. On many evenings we are having to run two events simultaneously. This is all good and is the measure of all the hard work that Order Members, Mitras and friends have put into the Centre over the years.  So as I have mentioned above, we all need to think about the future of Buddhism in Ipswich, and how do we respond to the growing interest in the Centre and what it has to offer.

To try to answer some of these questions we are kicking off June with a visioning event on Saturday 4th June, straight after the open day at the Centre. If you are able then please do come along, whether you have been coming to the Centre for a few weeks or many years it would be good to hear your views and ideas about how we might move forward in bringing the Dharma to the people of Ipswich.

If I don’t see you on Saturday the 4th then I am sure I will see you at one of the many events that are occurring at the Centre throughout June.